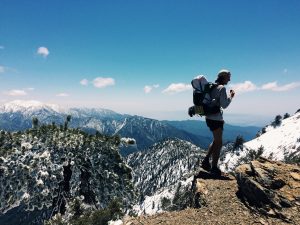 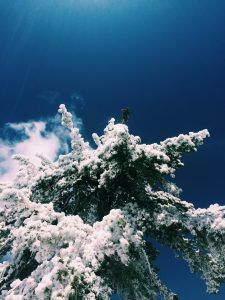 Right outside of the town of Wrightwood lays Mount Baden Powel, a mountain named after the founder of Boy Scouts. While in town a snowstorm passed over, but it left its mark.

As I ascended the mountain small patches of snow grew into large massive blankets of snow. Miles were spent following nothing but the footprints of those who have gone before me. It took a full twenty mile day to escape the snow, but eventually I was able to set up camp on dry ground. These early encounters with snow are hopefully preparing me for the snow covered Sierras I will go through in a few weeks. -Noel Nelson