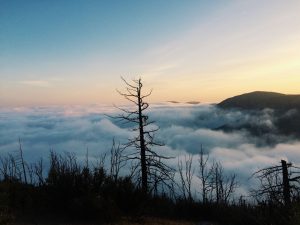 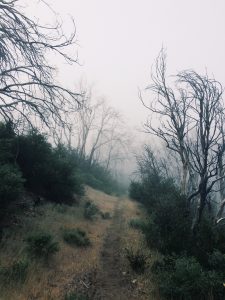 Throughout the day the trail rose and fell, dipping me below the cloud line with every few miles. The stark contrast was amazing and kept things interesting. Below the cloud, the burnt trees surrounded by fog looked extremely ominous but when I would surface above the clouds the sky was as blue as could be. It was like stitching between two different worlds. -Noel Nelson

4 Replies to “Day and Night”