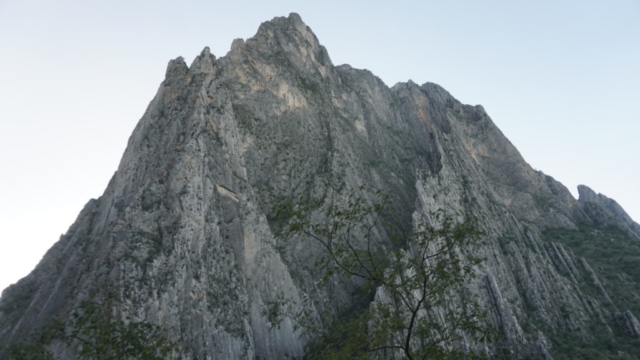 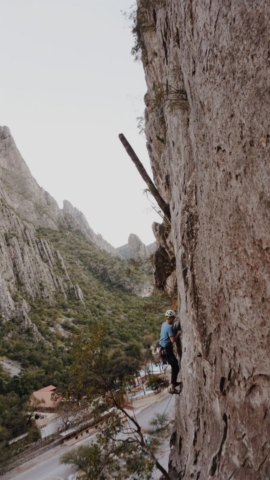 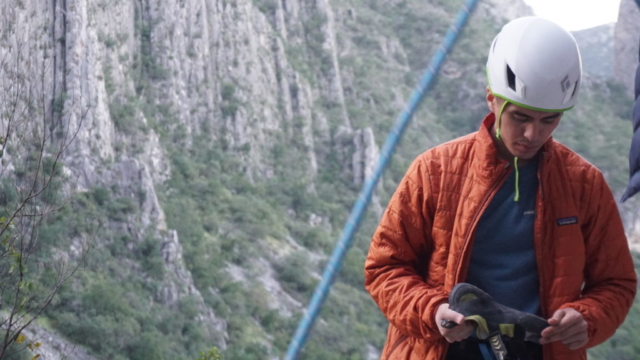 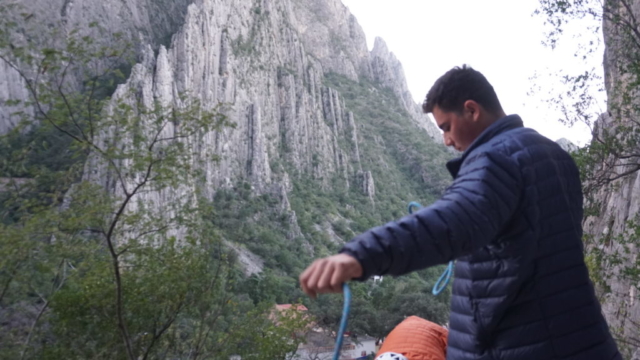 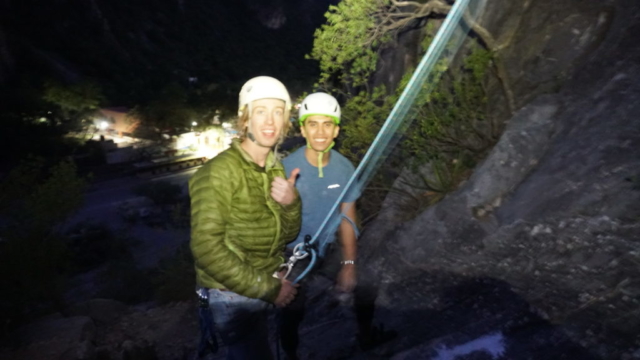 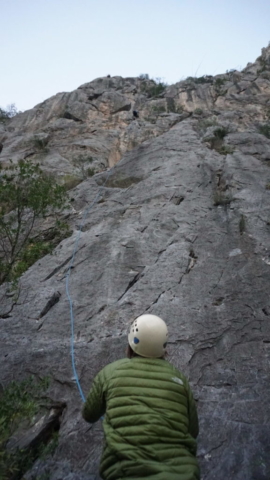 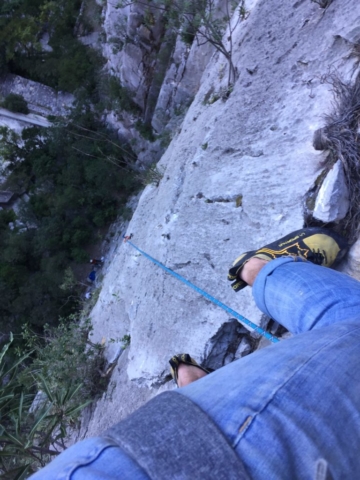 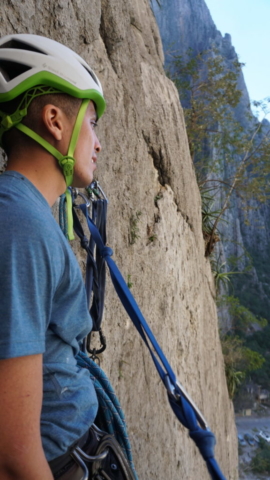 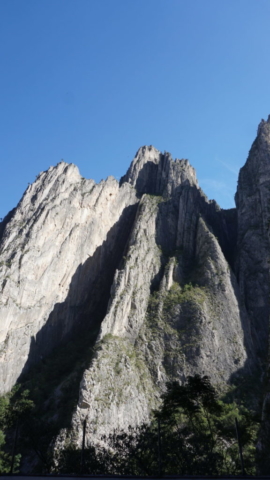 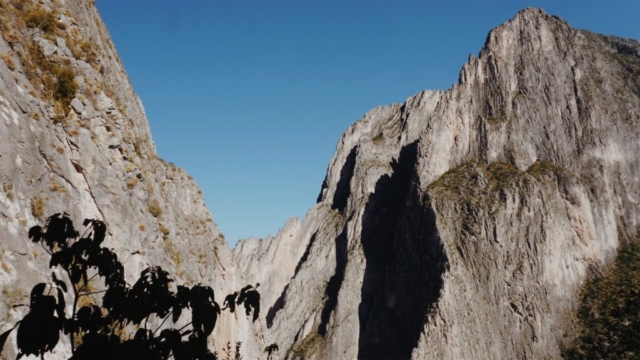 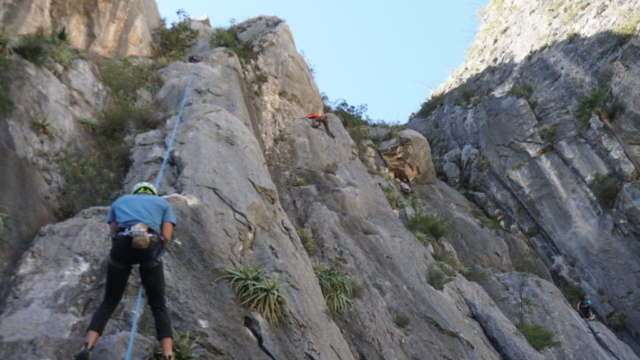 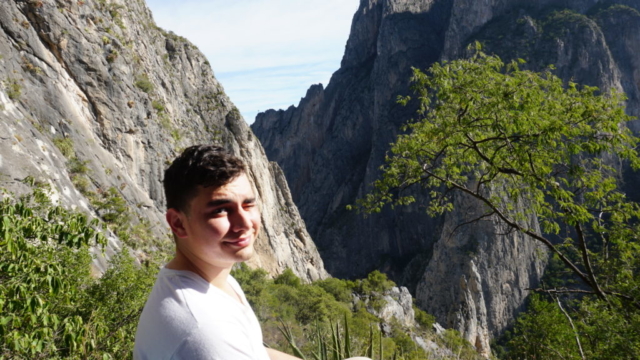 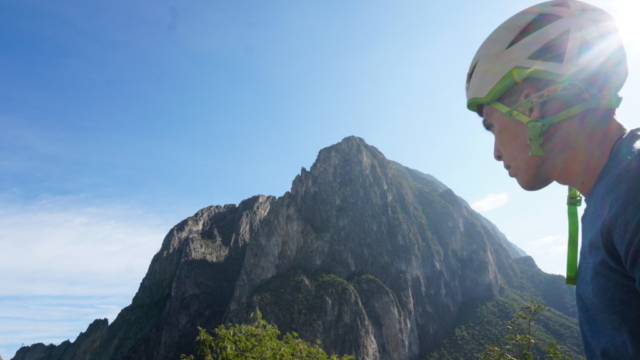 Since first looking up at the massive granite cliff faces in Yosemite, I have wanted to climb “big walls”. A novice climber does not start with an attempt of El Cap though. So following a natural progression, I started climbing in a gym, then small outdoor cliffs in Austin TX, then multi-pitch (bigger walls) at Enchanted Rock. Over the course of a year climbing, I went from not having climbed at all, to leading multi-pitch routes in the 5.10 range. After this year I felt ready for a trip to El  Potrero Chico, Mexico.

Nestled the mountains outside of Monterrey, Potrero Chico is home to pristine big wall climbing. Most big walls are only climbable with Trad gear which is both expensive and difficult to use. One thing that makes Potrero Chico special is that many of the routes are bolted sport routes. So I bought a guide book and began preparing for a trip there with my friend Tommy Pham. Both being relatively new climbers we decided to try some moderate routes with the main goal of the trip being to come back in one piece.

We started off from San Antonio with one additional friend, Cosme Belmont. About an hour from the border we realized that we were missing a required document to get our car into Mexico. Because of this realization, we called an audible and left the car at a Gray Hound station in Laredo, taking a bus the rest of the way. Once in Monterrey we rented a car and finally made it to Potrero. 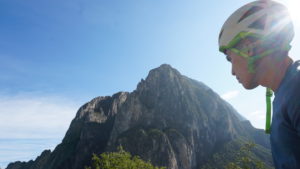 We stayed at El Rancho Sendero, a camping area popular with climbers. The facility had showers, a shared kitchen, and even a restaurant. It was a perfect place to meet other climbers and talk about that day’s adventures. The view wasn’t bad either 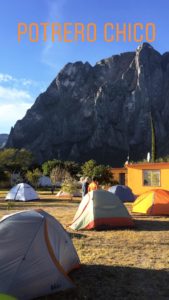 The climbing in Potrero was even better than I had imagined. The rock was pristine and the routes all had a flow that made them fun while still providing a challenge. Great crack climbing, balancey/crimpy routes, and exhausting dihedrals could be found around every corner.

Our first route was Remember the Alamo, a three-pitch 5.9 route. This route required a steep hike in, so throughout the entire climb, you felt way higher up than only three pitches. The views were spectacular and so was the climbing. We also climbed Three Border Phatties, This Dog’s Life, Salem, Mas Panza Que Pelo, and 31 Foot Smirf. Most of the routes we ended up doing we’re single pitch. I didn’t feel like Tommy and my climbing abilities were quite up to what was required for some of the bigger routes, but I definitely plan to try bigger routes next time I go! All in all, a great trip with lots of good memories (and unhealthy portions of amazing Mexican food). 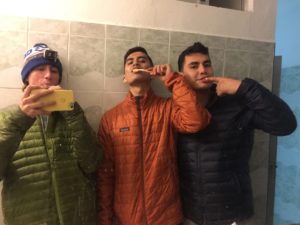 With Trump’s talk of building a wall and closing the border, what should have been a 5-hour drive home turned into a brutal 27 hours of travel, as the border was being flooded by people trying to get into America. This ordeal caused me to miss a “non-exchangeable and non-refundable” plane ticket to Colorado. It all worked out in the end though after I begged the lady at the airport to put me on my flight and it worked.

The trip was a great one. Good climbing, great people, and dank Mexican food.